PayPal Holdings, Inc. is a technology platform and digital payments company that enables digital and mobile payments on behalf of consumers and merchants. The Company’s combined payment solutions, including its PayPal, PayPal Credit, Braintree, Venmo, Xoom, iZettle, and Hyperwallet products and services, comprise its Payments Platform. It operates a two-sided network that links its customers around the globe to facilitate the processing of payment transactions, allowing it to connect merchants and consumers. The Company allows its customers to use their account for both purchase and paying for goods, as well as to transfer and withdraw funds. It enables consumers to exchange funds with merchants using funding sources, which include bank account, PayPal account balance, PayPal Credit account, credit and debit card, or other stored value products. The Company also offers consumers person-to-person (P2P) payment solutions through its PayPal Website and mobile application, Venmo and Xoom. 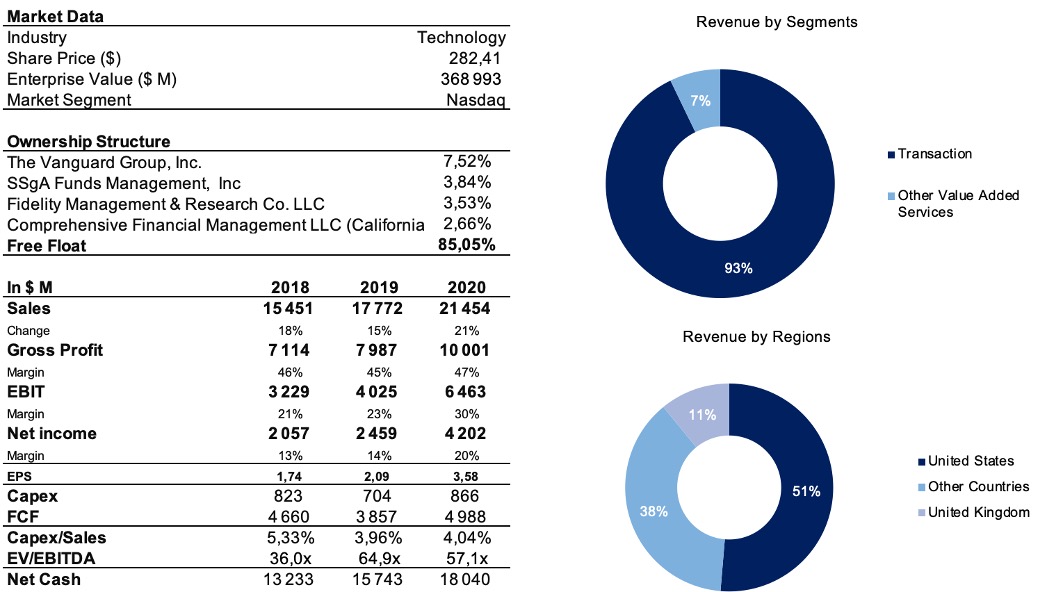 This year, as part of eBay’s managed payments transition, they are absorbing a migration of marketplaces volumes outside of their platform. Further compounding this effect is that eBay benefited meaningfully from COVID last year, which makes the comparison this year even more difficult. For context, from 2016 to 2019, the three-year compound annual growth rate for eBay Marketplaces revenue on their platform was  2%. And in 2020, this revenue grew 11%.

Also worth highlighting is that through this period, as eBay’s contribution to revenue declined from 22% to 13%.

Total Payment Volume (TPV) grew by 40% to $311 billion. Q2 TPV grew at a two-year compound annual growth rate of 34%, accelerating from 33% in Q1 and indicate a strong momentum.

Versus the Q2 2020, merchant services volume grew 43%. A resurgence in travel and events, as well as core payment volumes, contributed to this performance. This quarter, eBay had a much greater effect on the TPV than in Q1. In Q2, eBay Marketplaces volumes declined 41% from last year.

In Q2, they invested in product innovation. Sales and marketing increased 68%, and technology and development grew 23%. Operating income grew 11% to $1.65 billion, and the operating margin was 26.5%.

Normalizing for the reserve build last year and subsequent release this year, operating income declined 7% and the operating margin was 23.9%. And on a two-year basis, the compound annual growth rate for operating income is 29%. For the second quarter, grew 8% to $1.15.

PayPal Holdings Inc. said that they will acquire the Japanese upstart Paidy Inc. for 300 billion yen ($ 2.7 billion) as it seeks to deepen a push into buy-now-pay-later products. The deal, which is expected to close in the fourth quarter, will be paid for principally with cash.

Japan is home to the world’s third-largest market for online shopping but it is also one of the few developed markets where paper currency is still king. Nearly three-quarters of all purchases in the country are still paid for in cash, PayPal said.

Paidy, then, is unusual among the world’s buy-now-pay-later providers because it allows Japanese consumers to purchase items online and pay them off each month in person at local convenience stores.