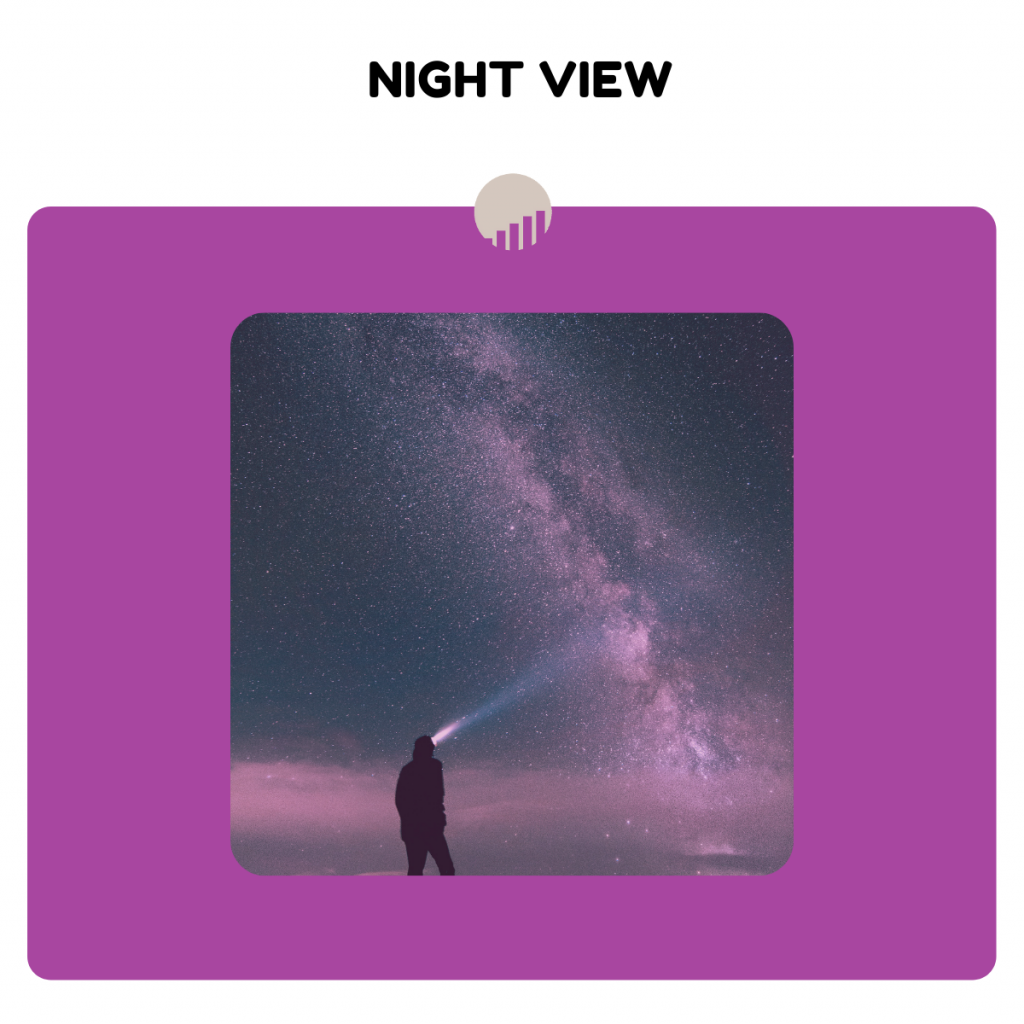 A Long Guts is a market-neutral strategy implemented when an investor is expecting high volatility on the underlying price. This strategy is similar to a long strangle, with the purchase of an ITM call and an ITM put. Inversely, a short guts is implemented by selling an ITM call and an ITM put. Indeed, this strategy is taken when the trader thinks that the underlying stock will experience little volatility in the near term.

The payoffs of the long guts are illustrated below: 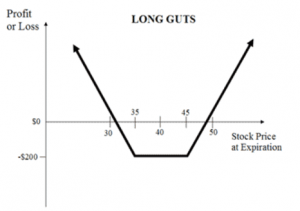 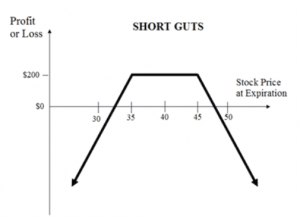 A long guts is delta neutral as each option’s delta should compensate the other one, the short guts is also delta neutral. If the underlying price moves upward, the delta will become highly positive (as the call bought will be deep in the money). In the contrary, the delta will become highly negative if the underlying price move downward (as the put bought will be deep in the money) on a long guts. The gamma is positive and will reach its maximum between the two option’s strikes as the maturity comes closer (gamma gets bigger as expiration approaches). On the short guts, the gamma is negative, as the put and the call options are sold. Theta is negative and will increase as expiration approaches, meaning both options will lose time value till expiration. As opposite, theta of a short guts is positive. Finally, the vega is positive and will increase as implied volatility increases as well. However, its impact will decrease as the expiration approaches. Its maximum level will be reached between both option’s strikes (similar to the gamma’s movements, at $40 in our chart). On the short guts, the vega is negative.