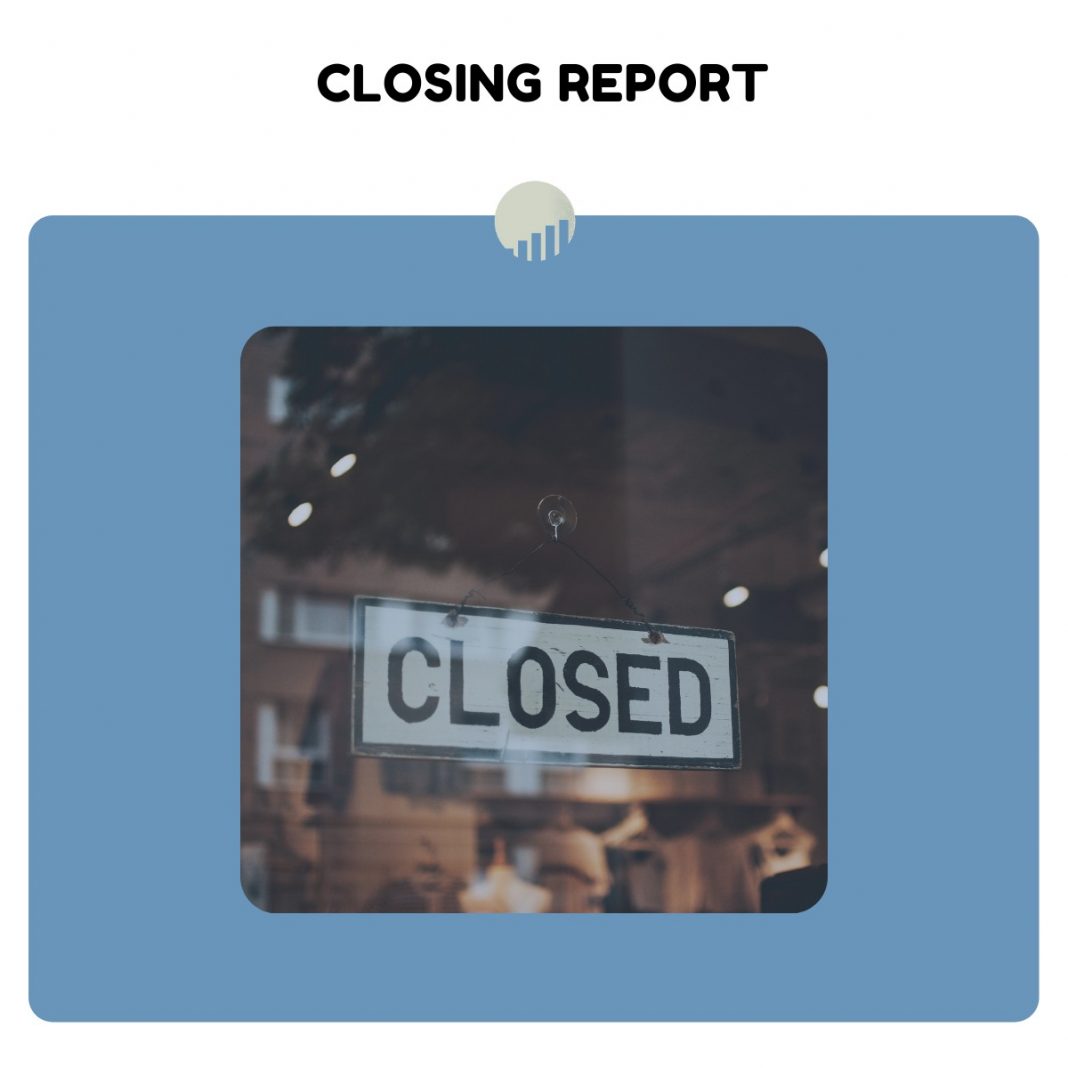 markets are swinging on fears regarding omicron

Indexes in the US started the week higher, regaining some of the ground they lost in Friday’s sell-off as US President Joe Biden said  on Monday that Omicron-related lockdowns were off the table for now and he urged Americans not to panic about the variant. In business news, Twitter co-founder and CEO Jack Dorsey confirmed that he will quit his post as the company’s executive officer while he is likely to remain at the helm of the financila services and digital payments company Square Inc. The social media giant’s shares skyrocketed over 10% in the premarket after the announcement, while Square’s stocks gained near 4% after the news. On Tuesday, US markets ended up the trading session downwards after Federal Reserve Chair Jerome Powell signaled that the US central bank would consider speeding up its withdrawal of bond purchases as inflation risks increase and US Federal Reserve Vice Chair Richard Clarida stated that revising up inflation projections has been a « reality this year. » Meanwhile, Moderna shares fell 4.4% it’s CEO told the Financial Times that COVID-19 shots are unlikely to be as effective against the new variant as they have been previously. On Wednesday, main markets in the region closed below the flat line with the Dow Jones Industrial Average pluging 460 points as the  country’s health agencies confirmed that the new Omicron coronavirus variant has been identified in California. Earlier in the day, Federal Reserve Chair Jerome Powell said policymakers needed to be ready to respond to the possibility inflation may not recede in the second half of next year as expected. On Thursday, markets markets in the region regained strength as COVID shutdown fears ease. Meanwhile, the S&P 1500 Airlines and Hotel and Restaurants indexes jumped 7.5% and 3.8%, respectively. At European closing time, US markets are evolving in negative territory as nonfarm employment in the United States increased by 210,000 in November, data released by the country’s Bureau of Labor Statistics. Meanwhile, the service sector activity across the United States accelerated its expansion in November compared to the previous month to hit the highest value on record, with the key index reaching 69.1%, according to a report published by the Institute for Supply Management.

Major European markets started the week mostly higher after Friday’s major losses, with travel stocks benefiting as investors reassess the potential economic damage the newly discovered omicron Covid variant might cause while the consumer confidence in the euro area declined in November, according to the European Comission’s data. In economic news, Spanish inflation hit its highest in nearly three decades in November as increases in food and fuel costs pushed consumer prices up 5.6% year-on-year. On Tuesday, European markets headed lower at the bell as investors were uncertained about the effectiveness of the current vaccines in combating the newly discovered omicron Covid variant. In France, the number of daily cases reached a 7-month high after the authorities of the country predicted that stricker containment won’t be needed to curb the spread of the virus. The airline sector has been impacted with Air France KLM stock alling 2.5%, IAG stock dropping 0.8%, Lufthansa share price slipping 0.7%, while EasyJet stock only dropped 0.2% after the budget airline stated that it is expecting passenger numbers to return to pre-pandemic levels next summer despite uncertainty hitting the winter months. On Wednesday, shares in Europe bounced, with the DAX jumping 2.5%, after Federal Reserve chairman Jerome Powell guaranteed a rough end to November with his hawkish turn in Congress on Tuesday. On the data front, the IHS Markit/BME Germany Manufacturing Purchasing Managers Index (PMI) stood at 57.4, marking a decrease from 57.8 recorded in October and retail trade dived 2.9% in October in real terms compared to the same month a year ago, missing the estimates while Eurozone Manufacturing Purchasing Managers Index (PMI) came in at 58.4 in November, going up by 0.1 compared to October’s revised figure but slightly below market expectations, IHS Markit stated and The UK IHS Markit/CIPS Purchasing Managers’ Index (PMI) stood at 58.1 in November, up from 57.8 recorded a month earlier. Also, annual  house price growth in the United Kingdom came in at 10.0% in November, above market expectations, the Nationwide House Price Index said. Meanwhile, travel and leisure stocks regained with Wizz Air, IAG and EasyJet all rising above 4%. On Thursday, European stock markets traded lower continuing swinging from the beinning of the week. With the spreading of the COVID variant, some countries have introced new measures to curb the transmission while the World Health Organisation stated that at least 23 countries from five of six regions have reported cases of omicron, “and we expect that number to grow.” In business news, Novartis expressed confidence in its ability to grow sales by 4% each year until 2026 while Thyssenkrupp said it was on track with its restructuring plans and its expects its margins to increase. European stock markets closed the week lower due to omicron worries while the Bank of England (BoE) officials noted that the variant will be taken into account for the bank’s December decision. On the data front, Germany’s Services Purchasing Managers Index (PMI) Business Activity Index came in at 52.7 in November, going up slightly from 52.4 registered in October but missing market expectations, IHS Markit said while the Eurozone PMI Composite Output Index, which takes both, the services and the manufacturing business activity into account, stood at 55.4 in November, representing an increase of 1.2 index points compared to the previous month, but a 0.4 index point decline compared to the « flash » reading, IHS Markit stated.

Shares in Asia-Pacific region started the week lower as investors continue to digest omicron while Australia will assess its border reopening over the new variant, while Japan is looking banning all internationals arrivals. On the data front, Japan’s retail sales went under investors’ expectations in October rising by 0.9% on an annual basis to land at ¥12.55 billion, according to a preliminary report released by the country’s Ministry of Economy, Trade, and Industry. On Tuesday, Asian markets traded mix as Japan’s unemployment rate landed at 2.7% on a monthly seasonally adjusted basis, according to a report by the nation’s Statistics Bureau and it’s industrial production grew 1.1% in October compared to the previous month, according to a preliminary report by the Ministry of Economy, Trade and Industry while China’s National Bureau of Statistics (NBS) Purchasing Manager’s Index (PMI) for manufacturing increased to 50.1 in November, according to a report by the China Federation of Logistics and Purchasing (CFLP). On Wednesday, Asian stock markets closed mostly up as the Japanese Jibun Bank Flash Manufacturing PMI Index surprised market expectations and landed at 54.5 in November, IHS Markit’s preliminary report released while the Caixin China General Manufacturing Purchasing Managers’ Index (PMI) came in at 49.9 in November, according to the latest report released by the IHS Markit. In addition, the Bank of Japan (BoJ)  board member Seiji Adachi said that he sees weakening yen as favorable for the country’s export-focused economy. On Thursday, stock markets in the region closed mixed after the Omicron variant reached the US territory. Meanwhile, shares in Softbank Group Corp. fell to a 52-week lows, losing 5.10%. Asian markets closed the week mostly up after the service sector activity  in Japan expanded at the quickest pace for 27 months in November, according to a new report by IHS Markit while Caixin China PMI landed at 52.1 in November, decreased compared to the figure of 53.8 recorded in October, according to a report released by the IHS Markit.

Federal Reserve Chairman Jerome Powell’s retirement of the term «transitory» to describe inflation could have an unexpectedly bleak knock-on effect on risk assets, according to Cole Smead, president and portfolio manager at Smead Capital Management. Powell surprised markets earlier this week by altering his previously consistent tone on inflation, telling US lawmakers that « it’s probably a good time to retire that word (transitory) and try to explain more clearly what we mean. »

In an interview gave to CNBC, Cole Smead said Powell’s comments amounted to a “mea culpa,” or an admission that he was wrong. Smead said “In effect, people are buying the 10-year (U.S. Treasury note) feeling insulated on the longer end of the curve, but the reality is no asset will benefit from the cost of capital rising, and you can kind of see the same thing going on in certain U.S. equities,” and “Most equities have been punished the last couple of days, and we can talk about the omicron [Covid variant], but I really think it’s people somewhat fearful of the Fed’s pivot to being wrong.” The fund manager added that people buying “quality blue chip businesses” typically considered longer duration investments, such as Microsoft and Apple, looked “just as foolish as buying the 10-year right now.”