Wall Street is near the flatline as investors look after earnings. New homes sales in the US for June miss targets. Sales decreased by 6.6% while analysts estimated an increase of 3.5%. CNN mentioned a report where Republican senators rejected the Infrastructure Bill offer. Dow Jones gains 0.18% while NASDAQ 100 takes 0.07%. S&P 500 climbs by 0.16%. Lockheed Martin reports Q2 revenue of $17 billion (up 5% YoY). The stock slides by 3.42% at Mid-Day. Boeing (1.41%) announced it would produce sustainable planes by 2030. The aircraft manufacturer could reach zero emission at all work sites. Goldman Sachs lowers its forecast for US Q3 GDP to 8.5%. Overall, it suggests the US economy will grow by 6.6%. US 10Y Treasury yield remains relatively flat.

After strong gains, European markets open the week mixed. CAC 40 opened in the red but later reversed the trend and 0.15% higher. Commodities and bank stocks lift the French index. Arcelor Mittal tops the index and surges by 4.38%. GDP and CPI data will be released on Friday. Dutch AEX slips by 0.58% and is dragged down by Prosus. The company, which owns a 28.9% stake in Tencent, plummets by 8.84%. Footsie closes flat. Commodities stock such as Rio Tinto or Glencore lift the index. Meanwhile German DAX decreases by 0.32%. An IFO surveys suggests business expectations are slightly down (July). Stoxx Europe 600 snaps a 4-session rally.

Recent days are marked by the fall of stocks of Chinese companies listed on US markets. Regulatory measures set up by the Chinese government deter investors and decrease appetite. A similar trend, but softer, happens on Chinese markets. Education, Tech and Property sectors are affected. CSI 300 and SSE Composite both retreated for the second time in a row. On Monday, they dived by 3.22% and 2.34%. Shares in HK fell as Hang Seng tumbled by 4.13%. Japanese markets reopened today and tracked US gains from last week. Nikkei 225 soared by 1.04% despite covid-19 worries. KOSPI fell as foreigners were net sellers. Australian markets closed flat.

A memo from American Airlines warns fuel shortage could happen, according to CNBC

BTC surges and gets closer to $40K. Amazon suggested it could accept the cryptocurrency. Besides, Elon Musk made positive remarks regarding BTC 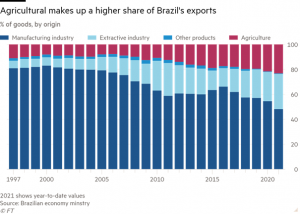