Wall Street is in the red on Monday, in the wake of disappointing indicators in China. The growth of industrial production and retail sales slowed more than expected in July. In the US, the Empire State index fell sharply in August. In addition to these concerns about the pace of the global economic recovery, there are also fears on the geopolitical front with the Taliban takeover in Afghanistan.
The session was difficult for Tesla on Wall Street, where it fell by more than 5% to 680.68 dollars a share. The American manufacturer of electric vehicles is penalized by the opening of a preliminary investigation on its system of assistance to the driving (« Autopilot ») by the American national authority of road safety (NHTSA). The investigation concerns hundreds of thousands of Model Y, X, S and 3 cars produced between 2014 and 2021. It follows 11 accidents that have occurred since 2018.

The Paris stock market, which came close to reaching its all-time high last week, stalled on Monday, weighed down by signs of slowing growth in China. The news from China, with industrial production significantly below expectations as well as retail sales, confirmed a slowdown in the pace of growth that had already been noted since last month. The Paris CAC 40 index fell 57.27 points to 6,838.77, after rising above 6,900 on Friday.
The luxury goods industry, for which the Chinese market is the most important, suffered from the slowdown in consumption in the world’s second-largest economy: the CAC 40’s red lantern, Kering, lost 4.68% to 752 euros. LVMH lost 2.10% to 694.90 euros and Hermès 1.67% to 1,325 euros.

On the Tokyo Stock Exchange, the Nikkei index ended the day down 1.62%, weighed down by the health situation, Chinese indicators and the appreciation of the yen, which is penalising major exporters such as Toyota (-1.53%) and Sony (-2.24%).
The market ignored the better than expected figures for Japanese gross domestic product (GDP), which showed annualised growth of 1.3% for the period April-June, whereas the Reuters consensus was for growth of only 0.7%.
In China, the CSI 300 was flat while the Shanghai SSE Composite rose 0.12%, benefiting from hopes of further support for the economy after the People’s Bank of China injected 600 billion yuan of liquidity into the financial system, a higher than expected amount.

On 14 July 2021, the European Commission announced a ban on the sale of internal combustion cars and vans from 2035 as part of the European Green Deal. Such a decision will obviously upset the European Union both geopolitically and industrially. Will there be a race for electric batteries? The leading player in the electric vehicle market is not the EU, the US or Japan. It is China, and it is expected to remain so by 2035. Nearly 75% of the world’s electric vehicle battery mega-factories will be located in China by 2020, according to Benchmark Mineral Intelligence, a specialist firm. The world’s largest battery producer is a Chinese player, CATL. Aiways, BYD, Geely are Chinese car manufacturers now able to build and export electric vehicles to the EU. 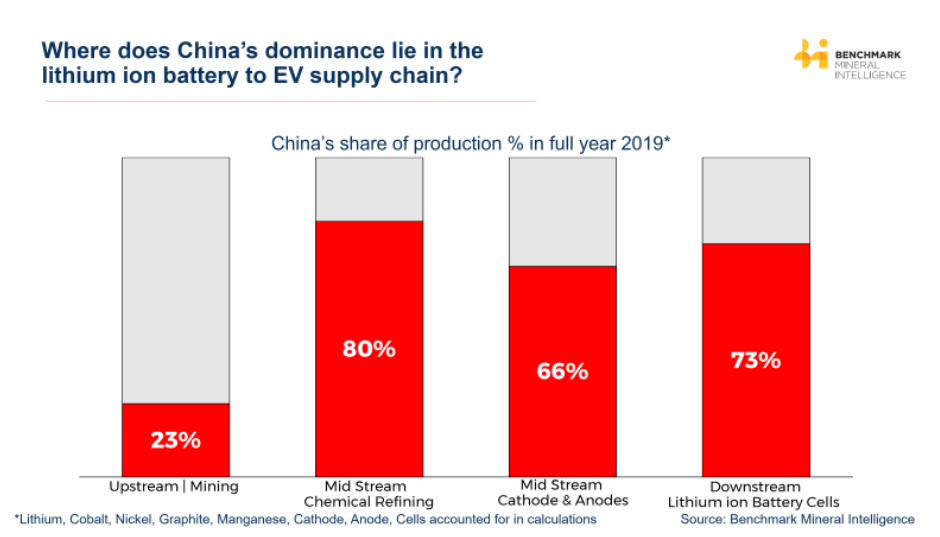